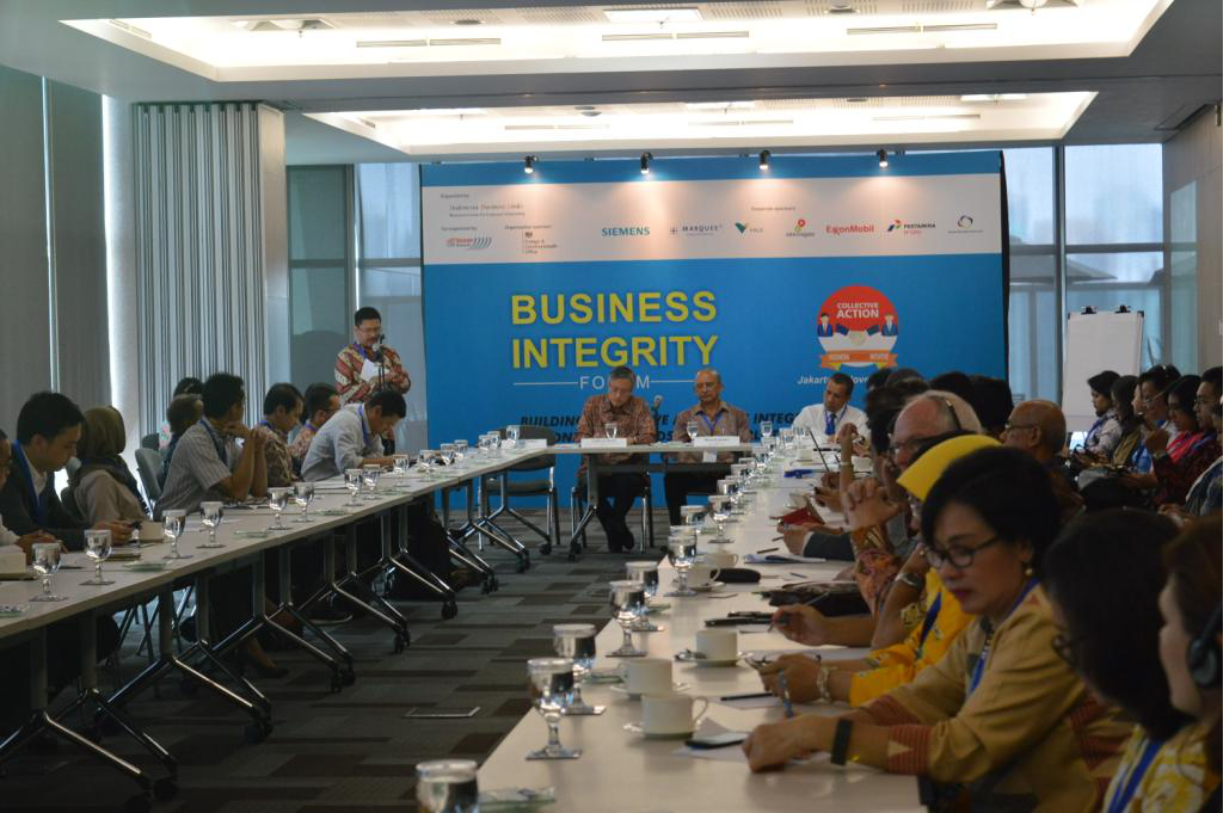 Integrity is a main foundation for every aspect of our life. To ensure inclusive growth and prosperity to the society; business integrity should be practiced on daily basis by all stakeholders, from small business to big corporation, to create level playing field. However, practicing business integrity is not only the responsibility of business players; its dimension couldn’t be isolated only to them. On doing the business, they interact with their business partners and stakeholders: the employees, shareholders, suppliers, contractors, communities, customers, and – one of main business’ stakeholders- government agencies.

On November 1, 2016, IBL has convened all business communities and stakeholders to discuss on how the private sector could participate and contribute on achieving the Sustainable Development Goals, while strengthening its best practices on doing business with integrity and ethical principle. The Business Integrity Forum 2016 – a continuous event, conducted yearly by IBL since 2013 – was supported by ASEAN CSR Network as a co-organizer, UK FCO as organization sponsor; and Marquee Executive Offices, Siemens Indonesia, Vale Indonesia, and ExxonMobil Cepu Limited as corporate sponsors.

The event has been opened by Mr. Heru Prasetyo, Chairman of IBL Board of Patrons who amplified the importance of integrity in business and showed the interaction between business and other elements in our society on practicing integrity as a holistic approach which is referring to National Integrity System (Sistem Integritas Nasional), which has been stated on PP 50/2012 about National Strategy on Corruption Prevention and Eradication (Stranas PPK).

Mr. Pahala Nainggolan, the KPK’s Deputy on Prevention also shared the reality that on most corruption cases which have been handled by KPK, the private sector played important role. Mr. Gellwynn Jusuf, Deputy Minister of PPN/Head of Bappenas, presented the actual status of SDGs in Indonesia and how private sector’s participation is important on achieveing SDGs. Mr. Thomas Thomas, CEO of ASEAN CSR Network, shared the previous study on Corporate Disclosure on Business Integrity in ASEAN, where does Indonesia stand.

During the discussion which was attended by 75 participants, there were identified 6 critical areas of business which are prone to corruption and un-ethical conduct. Interestingly, one of the areas is perceived currently by business people more critical compare to the last survey, which is the area of Community Development/CSR. Below is the result of our survey in BIF 2016.

The participants also discussed on how business could mitigate the risk of unethical conduct for those identified areas; they shared their best practices and innovative ideas. One of the ideas is to collectively take actions under the banner of Indonesia Integrity Initiative, below is the list of proposed ideas:

The result of this BIF 2016 will be used by IBL and its partners as a reference to be shared to wider stakeholders during KPK’s International Business Integrity Conference which will be held on November 16-17, 2016, in Jakarta and also as a reference to take actions collectively to strengthen business integrity in Indonesia.