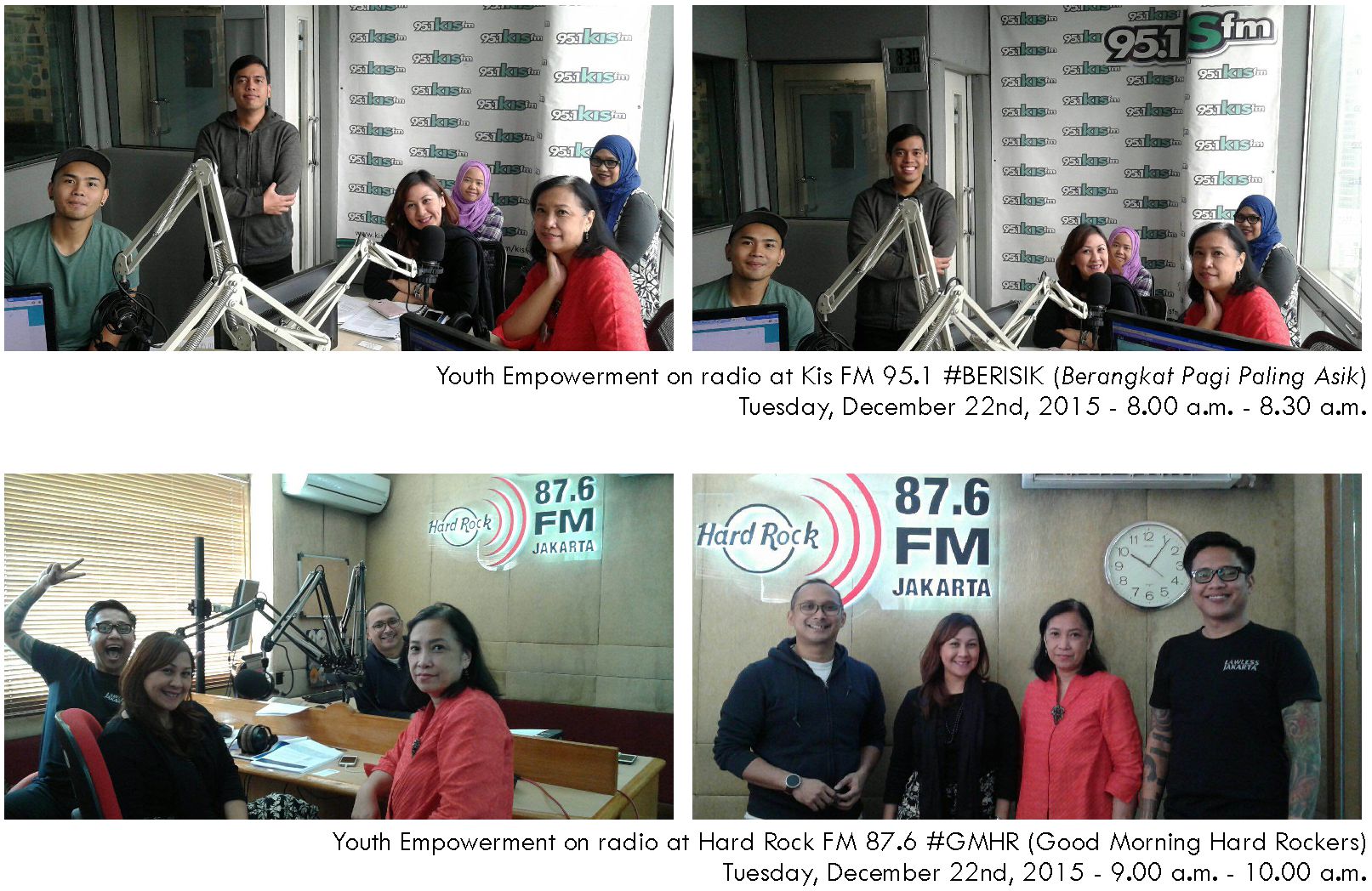 On Tuesday December 22nd 2015, Citi and IBL had a great opportunity to talk about youth empowerment in Indonesia at two radio stations in Jakarta. Elvera Makki as SVP, Head of Country Corporate Affairs of Citi Indonesia, represented Citi as the speaker and Yanti Triwadiantini as the Executive Director of IBL also become the speaker in both talkshows. These talkshows discussed about the importance of youth empowerment program in Indonesia regarding the fact that one third of our population consists of young people.

In this special occasion, Citi explained about their commitment in supporting youth empowerment in Indonesia by running Skilled Youth pogram. Citi Foundation, together with IBL, show their concern on youth empowerment especially in Cikarang, Karawang, and other areas through Citi Peka ( Peduli dan Berkarya). This program is a symbol of Citi’s commitment to support youth education program in order to give a better knowledge for senior high school students on entrepreneurship and improving job opportunities that focus on Skilled Young Employee and Skilled Young Entrepreneur.

Elvera mentioned the result of Citi Foundation’s research called “Accelerating Pathways” as part of “Pathways to Progress.” The research that involved 5000 young people aged 18-25 years old in 35 cities around the world generated Youth Economic Strategy (YES) Index. This index described the comparative picture of the relation between each city and job opportunities for the youth. From those 35 participating cities, Jakarta is on the 5th rank with high level of youth optimism. About 87 percent of youth in Jakarta have high level of optimism on their future economic condition and 79 percent youth in Asia Pacific (including Jakarta) have special interest in entrepreneurship.

Yanti Triwadiantini, the executive director of IBL, also emphasized that working as employee or entrepreneurship can be alternative ways to address the youth unemployement issue. Thus, it is very important for young people to be equipped with good soft skill as their main capital.

The big number of young people in Indonesia is a demographic bonus that needs to be prepared. The sinergy among government, private sector, and civil society is needed to create sustainable youth empowerment program.